After a final training camp during which we could make significant progress before the Championships, I took a day off in Verbier in order to reflect. After our arrival in Plovdiv, I found my very first World Championships medal (a bronze at the Junior World Champs back in 2012) just how I left it. I looked around, I asked my coach and Roman (my teammate) if they were feeling the same “medal vibe” as I was.

On our arrival on Thursday, we had three full days of training to get used to the very wavy training course before Sunday. The waves are due to the very high number of boats training at the same time thus making a lot of wash. After three days of pure anticipation, we were finally allowed to kick off the World Championships 2018 with the heats!

After a slow start, we found ourselves 4 seconds down on the Germans only 500m into the race. Our second half was the fastest of all heats and we were almost able to catch up, failing short of the direct qualification spot and coming in second, just 0.5 seconds down. Despite a good race and a 3rd time overall (across all 23 boats, spread into four heats), we were going to have to race in the repechages to gain a spot in the semi-finals.

Planning for the race

Although the plan was to win this race, the outcome wasn’t really playing against us for two reasons. Firstly, the heats being on Sunday and the semi-finals on coming Thursday, it would mean 4 days off competing; which would risk of losing racing spirit mentally hence leave us unprepared for the next race. This happened to us last year and for that reason made us miss the final. The second reason is that this was a brand-new crew. We had only teamed up five weeks ago and that had been our very first race of the season together.

But all of this was without counting on mother nature’s caprices; after two long days spent waiting around, it was finally time for our repechage. During our warm up, the cross wind was rising, and we could clearly see that some lanes were advantaged. Ten minutes before the start, we were being told that our race was delayed. We decided to continue warming up for the next 20 minutes. Shortly after, we were told that the rest of the racing for the day was cancelled due to the weather.

The next day, we had to get at dawn. The racing now being postponed one day, would leave us less than 24 hours between the reps and the semi-finals which was critical in terms of recovery. As if that wasn’t enough, I woke up with some fever and light stomach problems. Therefore, the goal was clear: do the minimum effort required to qualify for the semis. My main focus then became to recover from the race and my illness, with medication and a lot of sleep, hoping to feel better the next day.

On Friday, semi-finals day, I woke up still not at 100% but hopefully feeling a lot better than the day before. On top of this, my favourite French rapper (Vald) had released a surprise album during the night. It could only be a good sign ! This race was promising to be very tight and cutthroat, as most semi-finals. There wasn’t time or space for maths anymore : we had to start as hard as possible, find our rhythm and take the race in our hands. Job done. We were able to start a lot faster than during the heats, staying closer to the Germans and with a really good rhythm.

At 1500m the positions were looking to be set. The top three boats were moving away on the rest of the feed (the Frenchs, the Germans and us). With no obligation but confident in our final sprint, I call for a push a bit later than I would have done it in a very tight race, so we could get ahead of the Germans and take second place in the race. Every place is important as the lanes are attributed related to the last round’s result (if you finish first, you get a better lane for the next round) and that can play a crucial role, as we saw two days earlier.

Final day of the Championships

The big Final day was finally here! There were only three races after us in the Championship. This meant that when we arrived at the course, it was almost empty. Most of the competitors had already derigged their boats and were now spectators, ease at mind. We weren’t. It had been six years. Six years that I was waiting for the opportunity of winning a medal in the highest level of my sport. Also, three years since we had last been in a major event’s finals (having missed both finals in Rio and at last year’s World Championships). And finally, four years since our last World Championships medal since our wins at U23s in 2013 and 2014. To put it short, it was time to do something big.

During the hours preceding the race, I was really stressed out but I used it to turn it into positive energy. One hour before the start, I begin my on-land warm up. I feel prepared and ready. 40 minutes before the start, we have a final meeting with our coach during which he gives us his last advice before going on the water. I couldn’t tell you a word he told us that day. I was already fully into my race. It was time for the on-water warm up. All I wanted to do was to start the race.

We’re finally aligned with the other five fastest doubles on the planet. Roman turns around and gives me a fist-bump. I only tell him “It’s our race. It’s now!”. Good start. I push as hard as I can on my legs trying to stay nice and horizontal. Good, powerful and confident transition into race pace. We’re in the race. 500m, we’re 2nd or 3rd. 750m, 2nd, a medal is ours, I know it, we can even win. I almost want to shout it to Roman, but I decide to keep it for myself.

The meters go by and we keep our position, fighting with the Brits and the kiwis 2 seconds behind us and the French 2 seconds in front of us. I have confidence in our sprint but have no idea how far the French, neither the Brits are (I just know it’s really tight between us) and I can see the kiwis coming back at us. I call for the sprint : go all out but don’t make any mistake! Where is the finish line!? It’s there ! We made it! We won a medal at the World Rowing Championships ! I think it’s silver… we are vice-world Champions ! 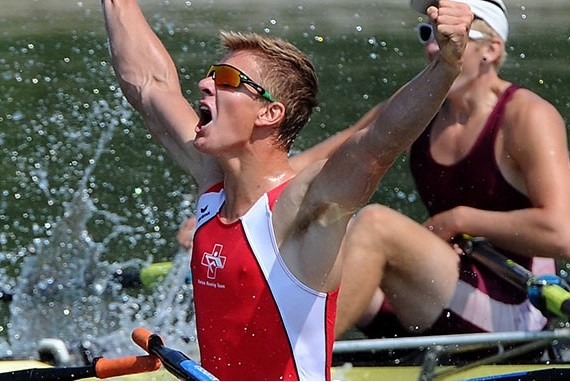 After this competition, I’m now looking forward to the new season. Time to put some real consistent work in and aim for the top on the coming season. I am convinced we’re capable of achieving gold. I am very happy to say that Omega-3 Fish Oil of Norway and Red Krill Oil will still be there providing me with the best possible products to help me gain the edge on my recovery and performance. 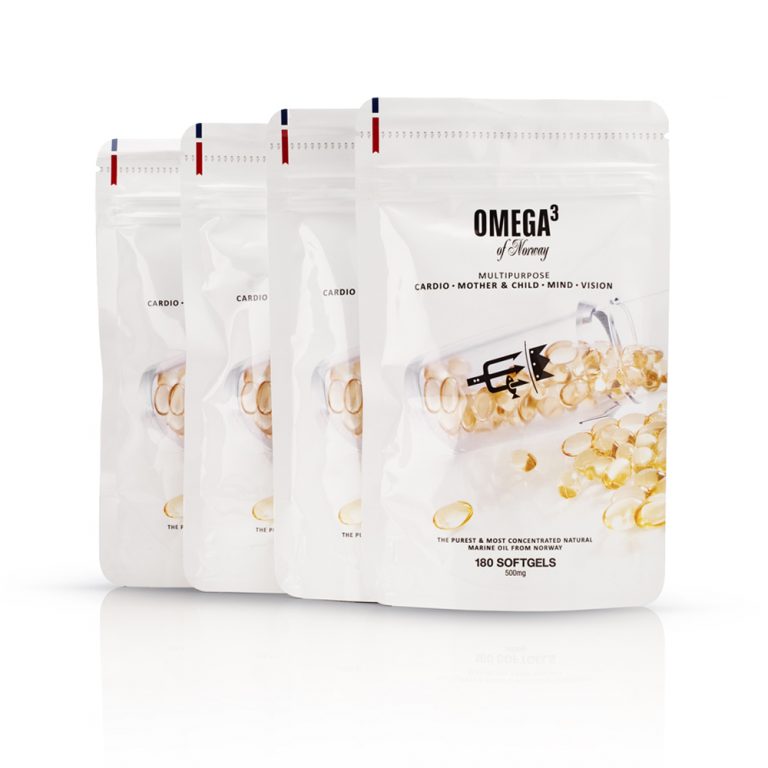 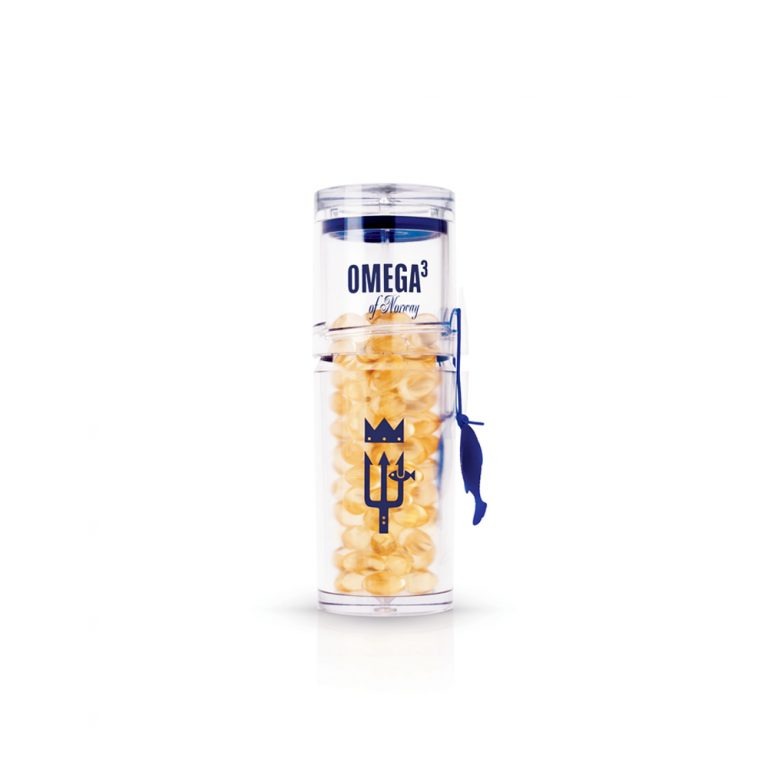 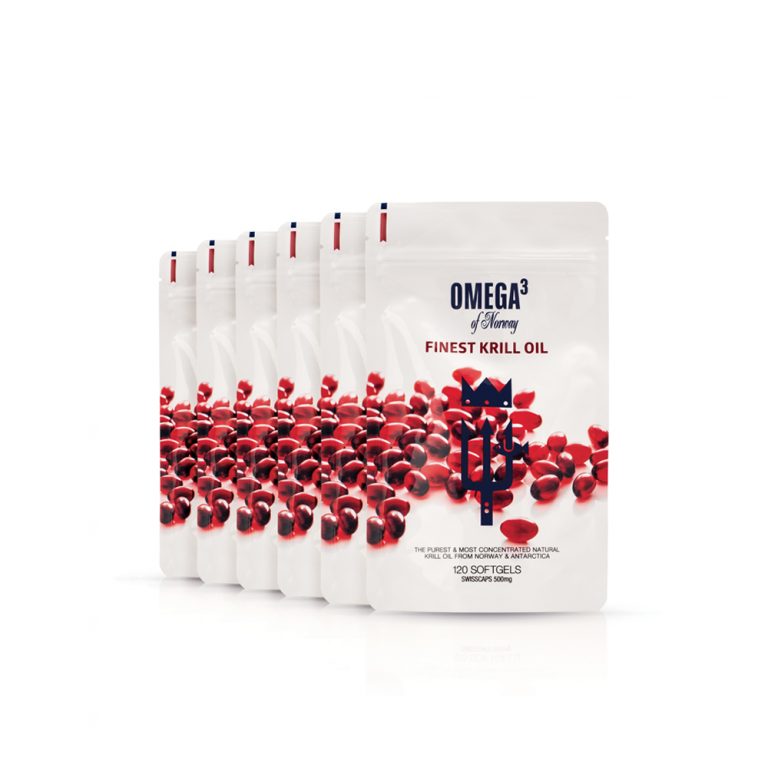 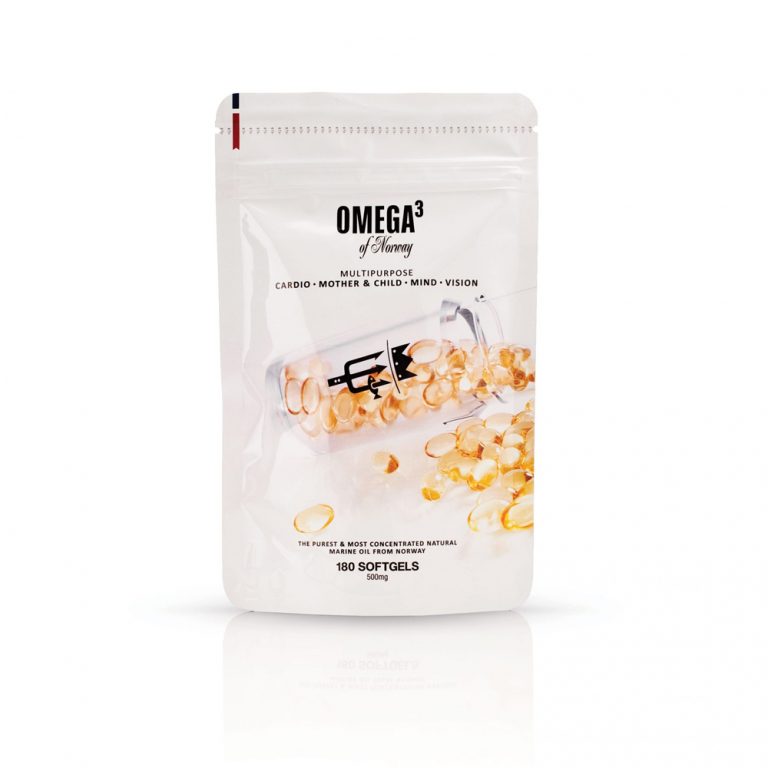 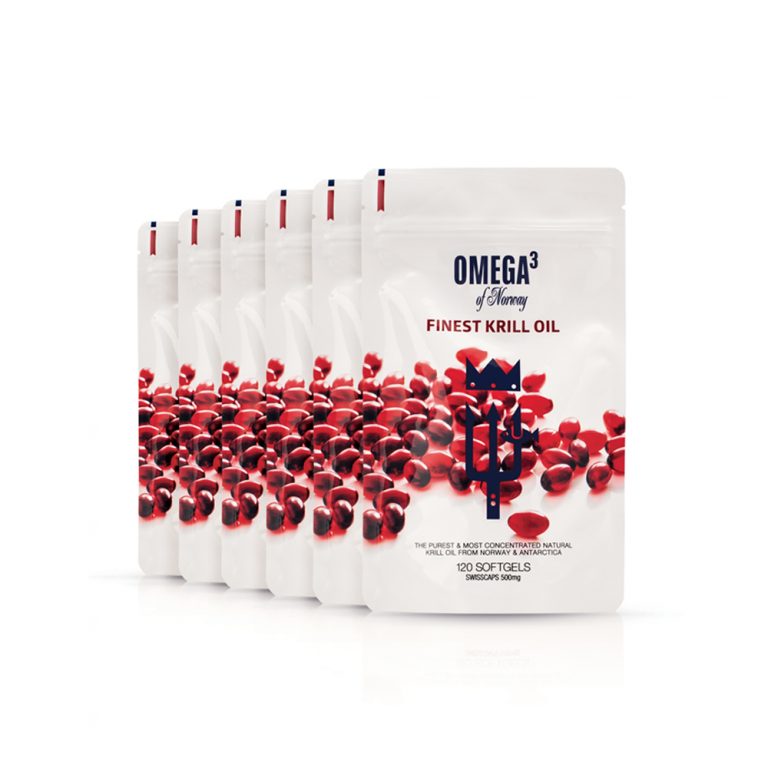 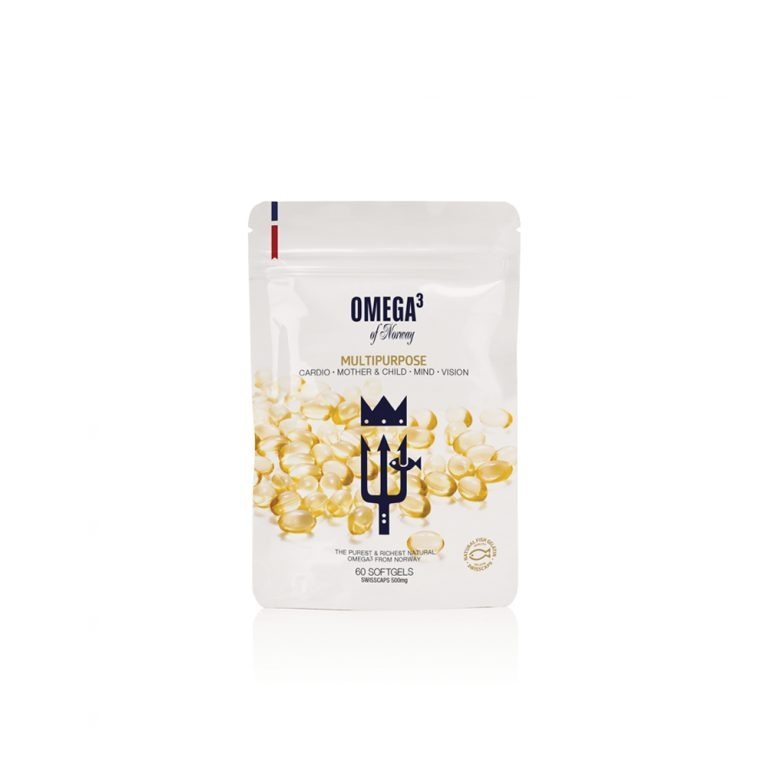 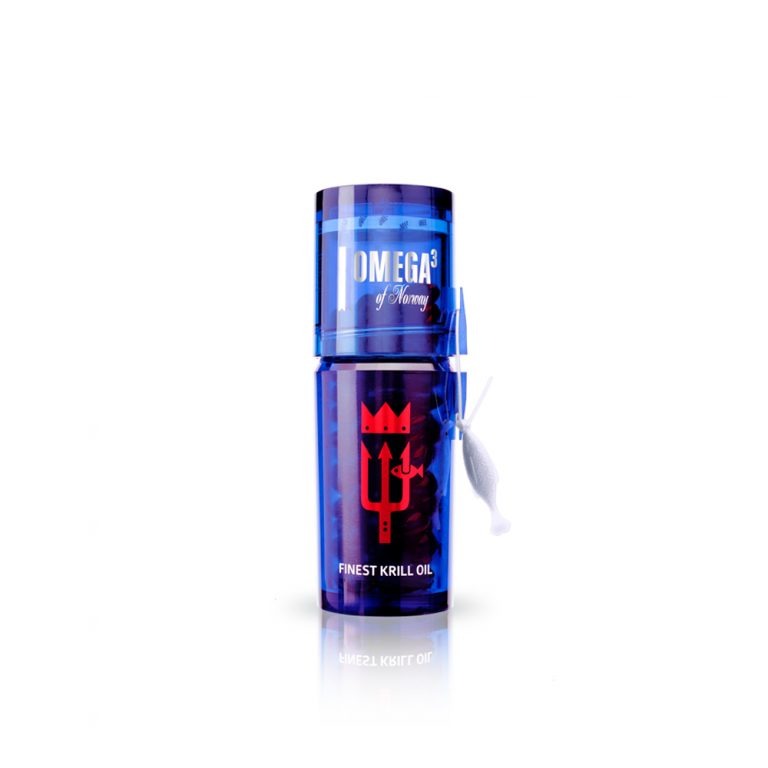 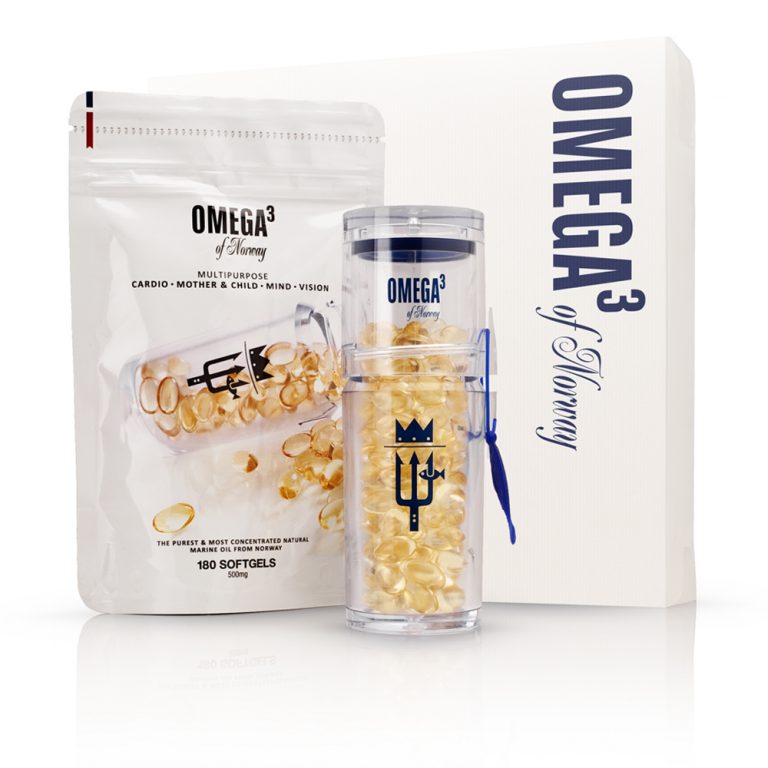